This past Mother’s Day, Tom, Kai and I decided to take a little leisure ride along the undeveloped stretch of beach that connects San Clemente and Bahia. Tom had done the trip on his motorcycle a couple of years ago, but I’d never gone past Punto Charapoto and was interested in seeing this section of coastline. 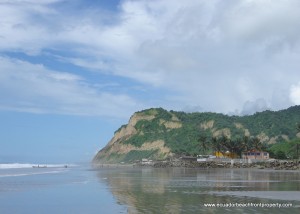 The trip inland between San Clemente and Bahia via the present highway cuts inland along meandering, hilly roads and takes about 25 minutes. The trip along the coast according to our odometer was 17.9 km (~10.8 miles) and is only navigable at low tide. 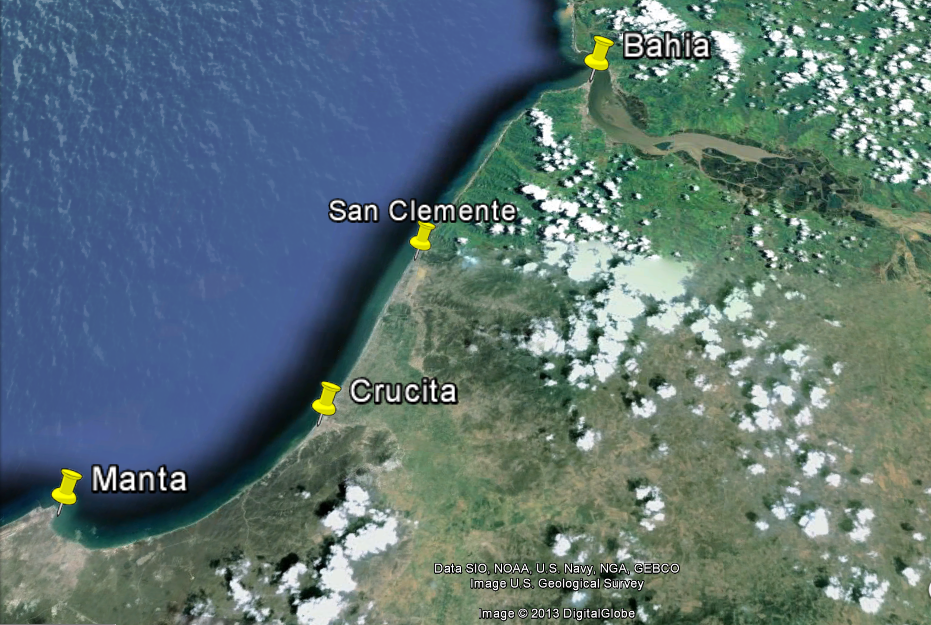 Fishermen often travel this stretch of coast at low tide as a short cut between San Clemente and Bahia. 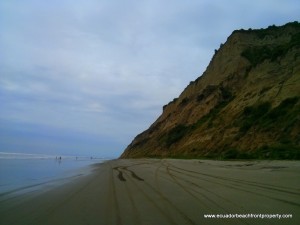 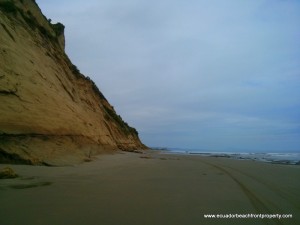 On the other side of Punto Charapoto

Tide pools are so much fun to explore and have many residents, including oysters and lobsters. 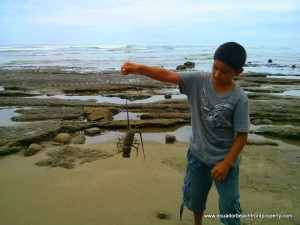 Fresh spiny lobster for sale! Lobsters are caught in the tide pools and typically sold for $4-7/lb. 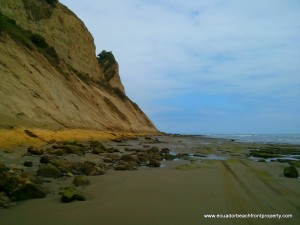 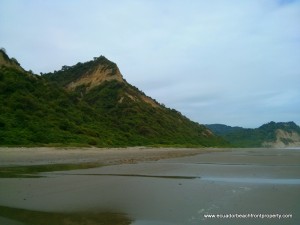 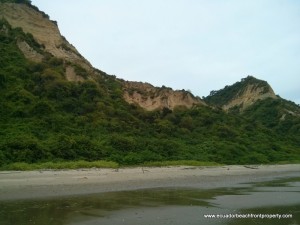 Good potential for paragliding using updrafts off the cliffs 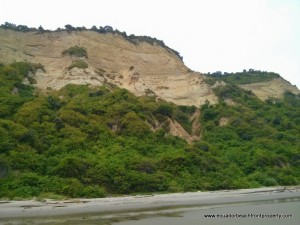 One of the few lightly developed sections of this stretch of coast is Chirije, an ecolodge with an impressive collection of pre-Incan artifacts collected locally. 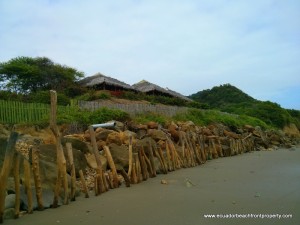 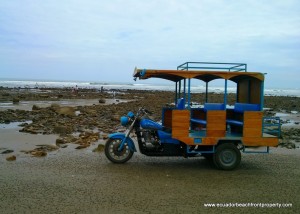 A mototaxi awaits as oysters are collected from the tide pools 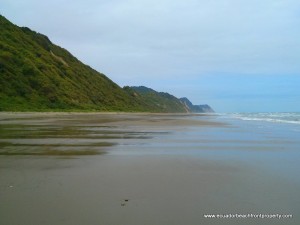 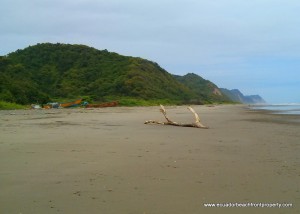 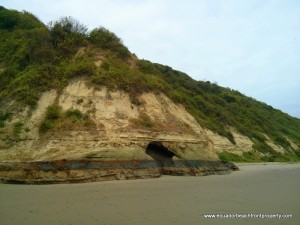 Several small cave formations can be seen along the drive 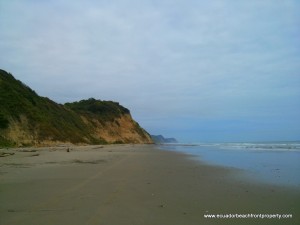 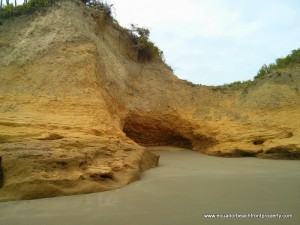 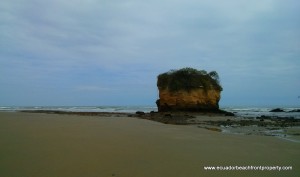 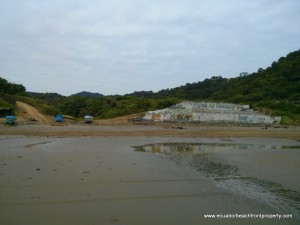 One of the southern entrances down to the beach from Bahia 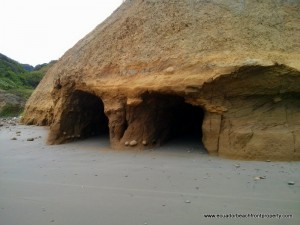 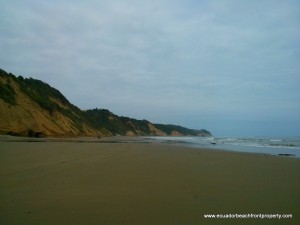 That concludes our photo tour. The Correa government is considering constructing a coastal highway along this stretch of beach to significantly shorten the distance to Bahia. Plans for the specific route have yet to be released.